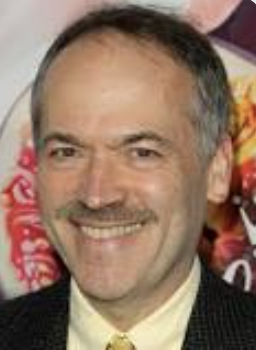 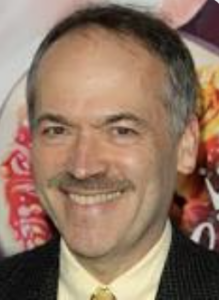 The crossword editor of the New Tork Times since 1993 and puzzler for NPR, said that since the pandemic situation has started a change in submission policy allowed users to submit puzzles digitally to The Times. This made submissions grow like weed.

We are getting more than 200 submissions a week he said. I feel like a fire horse turned on me.

Shortz along with 2 other editors review the puzzle submissions , edit and select them.

In the case of a themed puzzle, we look for something interesting, fresh, narrowly focused and new, Shortz Said. I look for the quality of the vocabulary with as little stupid obscurity as possible. There are fun words difficult to solve, that’s interesting but if you are looking for an insect or a 40 km river in Bulgaria, that is not so valuable.

Abel, who has a degree in English Literature at Cornell Uni, NY and works an attorney  said his interest in creating puzzles grew naturally.

I loved solving crosswords and got interested in how they’re made. After doing some research and putting kids to sleep, I dived deeper and got started.
After that he would work on creating his early puzzles during a 2 hour commute between Philadelphia  and New Jersey (where he lived back then).

In the early days of puzzle history, i.e a few decades ago — crossword constructors built their puzzles with paper and a pencil. Modern puzzle makers work with digital tools such and programs, use online dictionaries, thesauruses and utilize other resources. There are many web tools (websites) that offer all sorts of information about clues, puzzle solutions and words and their meanings.

The Daily Times puzzles are built in a 15 by 15 squares grid, and Sunday Puzzles are 21 by 21. With a Sunday puzzle which often times has a theme, you have to figure out the theme answers first. Said Charlson. Once you come up with those set of answers you hav eto put the black boxes around them so your skeleton will look fine.
In my first published puzzle all the theme answers had 2 XX-s in a row like Redd Foxx, the actor.

Seikel a senior majoring in history and economics made a 2019 New Year’s resolution to construct a puzzle and be able to get it published in the times crossword. The had had a few puzzles rejected in the past before being finally accepted in April.

It was a relatively rough day. There was all this COVID stuff all over the news and we had to move out of our campus apartment because of an infestation she said. Then I was informed my puzzle was accepted. What a great surprise it was!

Charlson of Galloway, who has graduated in English Literature and Creative Writing from OH State University in 2018, said h e has been a word play and scrabble fan all his life. On an Editors note for a puzzle published in The Times, described Charlson’s puzzle as the 213th puzzle in the U.S and fifth in Ohio bu the North American Scrabble Players Association. Even when I was in grade school, I was creating these puzzles and trying to solve them with my family. He had a passion for puzzles that used only one vowel and did it himself in 2019.

The more puzzles a constructor has been able to get published on The Times the better the reward. A daily puzzle submission can earn up to 500. In case you have had more then 3 or 4 puzzles published, the reward can bump up to 750. A Sunday puzzle instead can begin at 1.5k and go up to 2.3k after the first two have been published.

The Times has the biggest circulation and since it is the most prestigious newspaper we pay the best.

There is satisfaction when you create a puzzle. Having the idea of a theme and having to realize it is always a satisfaction to see it in paper and have people talk about it on the internet.

Seikel who has had her 2nd puzzle accepted by the times and has four others pending said she will keep going as she enjoys it so much, especially now that most people have to stay home most of the time.

The day it is actually published I love thinking about people with their coffe working on my puzzle Abel said. It is just so much fun.